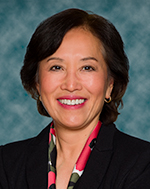 Active in executive search since 1996, until 2002 Sharon was a Client Partner in the Toronto office of Korn Ferry International, the world's largest publicly traded executive search firm. During her tenure with Korn Ferry, she had the opportunity to lead the following practice areas: Healthcare, Professional Services, Industrial, and Consumer & Retail.

While Sharon has successfully completed engagements in all functional areas including sales, marketing, operations, human resources and general management, her designation as a Chartered Accountant has led to her developing an expertise in financial roles.

Prior to joining Korn Ferry, Sharon was Director of Internal Audit at a major North American real estate developer. Previously, she served as Assistant Controller, Shopping Centre Group at another major real estate developer and as an Internal Audit Manager with a major Canadian retailer. She articled at EY, where she performed audits for large clients in major industries, including manufacturing, utilities and mining.

Sharon earned a Bachelor of Commerce from Queen's University, and is a CPA, CA.

She completed a four-year term on the Global Asian-Advisory Board for PepsiCo. Past board roles have included BioCEO and Youth Science Ontario. She is currently helping with the EY Entrepreneur of the Year awards program and serves on the founding committee of Women in Life Sciences.

She lives in Toronto with her husband and two sons, has completed numerous half marathons upright and smiling and is an active skier and hiker.

Sharon Mah-Gin has become a valued partner in our business. Having worked with her for six years and on numerous searches, we know that we can trust her to deliver high quality work. She has consistently been able to identify outstanding candidates that are the core of our management team. When we are about to initiate a search, she is our first call.”
– Avi Grewal, Chief Executive Officer, Fralex Therapeutics Inc